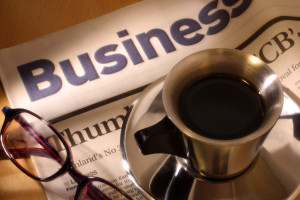 In the USA, the most widely recognized and accepted standard for Company Valuation  is the “fair market value”. It is also the legal standard of value in many other although not all business valuation situations.

The American Society of Appraisers (ASA) definition of fair market value is “the amount at which property would change hands between a willing seller and a willing buyer when neither is acting under compulsion and when both have a reasonable knowledge of the relevant facts. There is general agreement that the definition implies that the par­ties have the ability as well as the willingness to buy or to sell. The “market” in this definition can be thought of like all the potential buyers and sellers of like businesses or professional practices.

In the legal interpretations of fair market value (company valuation ), the willing buyer and willing seller are persons, dealing at arm’s length, rather than any particular buyer or seller. In other words, a price would not be considered representative of fair market valuation if it is influenced by special motivations not characteristic of a typical buyer or seller. That is not to say, however, that the concept of fair market valuation precludes identifying groups of willing participants. Quite the contrary, the values should be able to identify categories of willing purchasers. Furthermore, the analyst cannot ignore the seller. However, the seller must be willing to sell under conditions that exist as of the business appraisal date.

The concept of fair market valuation of a business assumes prevalent economic and market conditions at the date of the particular valuation. or “The Company valuation of XYZ stock is really much more (or less) than the price it’s selling for on the New York Stock Exchange today.” This is because the concept of fair market value means the price at which a transaction could be expected to take place under conditions existing at the business appraisal date.

1. Buyer and seller are typically motivated; both parties are well informed or well advised, and acting in what they consider their best interests;
2. A reasonable time is allowed for exposure in the open market;
3. payment is made in terms of cash in United States dollars or in terms of financial arrangements comparable thereto; and
4. The price represents the normal consideration for the property sold unaffected by special or creative financing or sales concessions granted by anyone associated with the sale.

The most salient change in the above definition of market value compared to definitions widely accepted a few years ago is the phrase “the most probable price” in substitution for “the highest price.
In a tax court case, Judge David Laro articulated the following as some of the guiding principles regarding the estimation of fair market value:

1. The willing buyer and the willing seller are hypothetical persons, rather than specific individuals or entities, and the characteristics of these hypothetical persons are not necessarily the same as the personal characteristics of the actual seller or a particular buyer.
2. Fair market company valuation is determined as of the valuation date, and no knowledge of unforeseeable future events which may have affected the value is given to the hypothetical persons.
3. Fair market value equals the highest and best use to which the property could be put on the valuation date, and fair market value takes into account special uses that are realistically available due to the property’s adaptability to a particular business. Fair market value is not affected by whether the owner has actually put the property to its highest and best use. The reasonable, realistic, and objective possible uses for the property in the near future control the valuation elements affecting the value that depend upon events or a combination of occurrences which, while within the realm of possibility, are not reasonably probable, are excluded from this consideration.

As typically occurs in a case of a business appraisal and company valuation, the parties rely primarily on their experts’ testimony and reports expert testimony sometimes aids the Court in determining valuation. Other times, it does not. For example, expert testimony is not useful to the Court when the expert is merely an advocate for the position argued by the party.

It is generally understood that fair market value means a value in cash or cash equivalents (as indicated in The Business Appraisal Foundation definition of market value and Business Appraisal Companies) unless otherwise stated. However, very few small businesses and professional practices actually sell for cash. Consequently, it is common for business brokers to think of the company valuation on the basis of the face value of a transaction on the terms at which the particular type of business or practice typically sells in the marketplace. The International Business Brokers Association (IBBA) has adopted the term transaction value for this concept, defined as follows:

Performing a business valuation of a company that may be subject to litigation should seek the exact legal definition of fair market value in the relevant jurisdiction. However, this may not be as easy as it sounds. In some states, such as California, family law courts sometimes use the term fair market value and then invoke various restrictions on acceptable valuation methods or other departures from the classic definition. It may require careful study of the case law to understand the fair market value in such contexts.

The valuation expert considers the appropriate rate of discounting, the effects of stock rights and values, risk premiums, the effect of the capital construction of the company, and the marketability of the security. His treatment of these various subjects leads to the grand conclusion that the investment value of a stock is determined by discounting the “expected” stream of dividends at the discount rate appropriate for the individual investor.

There can be many valid reasons for the investment value to one particular owner or prospective owner to differ from the fair market value. Among these reasons are the following:

In fact, investment value is sometimes called strategic value because it often incorporates elements of synergistic value inherent in combinations of related companies. Studies show that, on average, strategic buyers pay higher multiples of the acquirers’ earnings than do financial buyers.

The discounted economic income method of the income approach for company valuation is oriented toward developing an investment value if the returns used are those that would be expected by a particular owner or investor. Whether or not the value thus developed also represents a fair market valuation of a company depends on whether the projections used would be accepted by a consensus of market participants. If valuing a minority ownership interest, the returns used usually would be based on the projection of the current management remaining in place. If sound analysis leads to a valid conclusion that the investment value to a particular owner exceeded market value at a given time, the rational economic decision for that owner would be not to sell at that time that is, unless a particular buyer could be found to whom investment value would be higher than the consensus of value among a broader group of typical buyers.

Of course, the concept of investment value as described above is not completely divorced from the concept of fair market value. This is because it is the actions of many specific investors, acting in the manner just described, that eventually lead to a balancing of supply and demand through the establishment of an equilibrium market price that represents the consensus value of the collective investors.

Finally, the term investment value has a slightly different meaning when used in the context of dissenting stockholder suits. In this context, it means a value based on earning power, as described above. However, the appropriate present value discount rate or the direct capitalization rate is usually considered to be a consensus rate-rather than a rate peculiarly appropriate for any specific investor.

A security’s intrinsic value is the price that is justified for it when the primary factors of value are considered. In other words, it is the real worth of the debt or equity instrument as distinguished from the current market price. The financial manager estimates intrinsic value by carefully appraising the following fundamental factors that affect security values: Value of the Company’s Assets. The physical assets held by the firm have some market value. They can be liquidated if need be to provide funds to repay debt and distribute to shareholders. In techniques of going concern valuation, asset values are usually omitted.

Likely Future Interest and Dividends. For debt, the firm is committed to pay future interest and repay principal. For preferred and common stock, the firm makes attempts to declare and pay dividends. The likelihood of these payments affects the present value. Likely Future Earnings. The expected future earnings of the firm are generally viewed as the most important single factor affecting security value. Without a reasonable level of earnings, interest and dividend payments may be in jeopardy. A firm’s prospects for future growth are carefully evaluated by investors and creditors and are a factor influencing intrinsic value.

In the analysis of securities, intrinsic value is generally considered the appropriate price for a stock according to a security analyst who has completed a fundamental analysis and appraisal of the company’s assets, earning power, and other factors. The purpose of security analysis is to detect differences between the value of a security as determined by the market and a security’s “in­ intrinsic value”-that is, the value that the security ought to have and will have when other investors have the same insight and knowledge as the analyst.

Case law often refers to the term intrinsic value. However, almost universally, such references do not define the term other than by reference to the language in the context in which it appears. Such references to intrinsic value can be found both in cases where there is no statutory standard of value and in cases where the statutory standard of value is specified as fair value or even fair market value. When references to intrinsic value appear in the relevant case law, the analyst should heed the notions ascribed to that term as discussed in this section.

We have provided performed Valuation of a Business services in most areas of the USA.  Value a Business by American Fortune Business Valuation Services For Any Size & Industry Type.

Copyright © 2022 Your Info. All rights reserved.